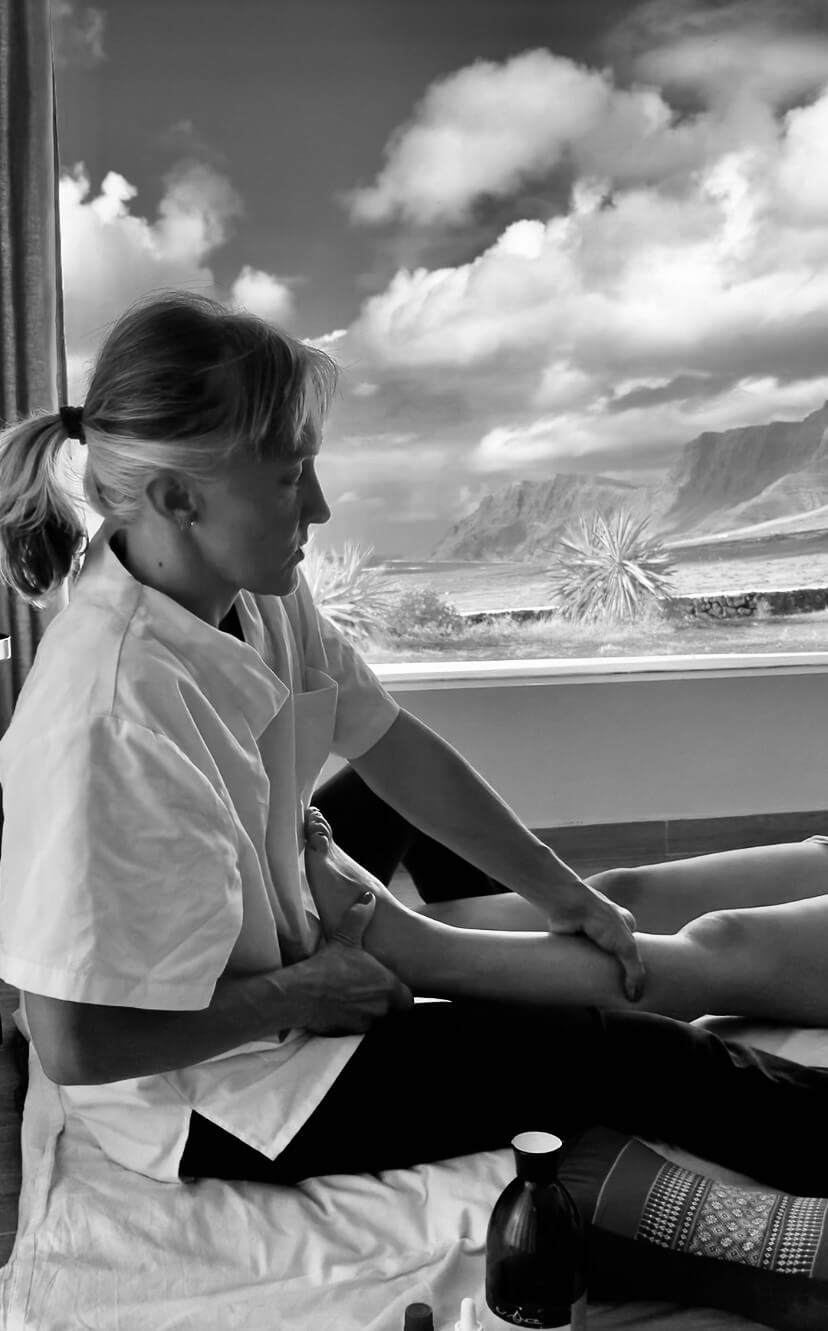 The Yoga lessons in Famara (Lanzarote) have a duration between 1 h and a half and 2 hours, can be individual or of group, with a maximum of 20 persons to be able to follow with attention the correct posture of everyone and to assist every student correcting the eventual mistakes and inaccuracies.

The lessons have a duration between 1 h and a half and 2 hours, can be individual or of group, with a maximum of 20 persons to be able to follow with attention the correct posture of everyone and to assist every student correcting the eventual mistakes and inaccuracies.

The Ayurveda (Science of the Life) is the medicine been born in India approximately 3000 years ago that considers the body Indivisable from the mind. The Ayurvedic massage finds its rules in the holy ancient Scriptures that are the base of the ayurvedic medicine: Sushruta and Charaka Samhita.

The scope of such massage is to restore the balance in the organism thus maintaining the physical and mental health and protect the vital areas of the body (marma) upgrading the natural defense.

The treatment happens in a calm and quiet atmosphere, adequately heated and illuminated from the tenuous light of candles, perfumed from essences and incenses and overflowed from the spirituality of mantra and it lasts approximately 60 minutes. This ancient art of massage activates the blood circulation, strengthens the muscles, has benefit effects on the vertebral column, brings positivity in the psychological state of the patient, calms the nervous system, acts effectively towards problems such as insomnia and anxiety.

Who does the massages? 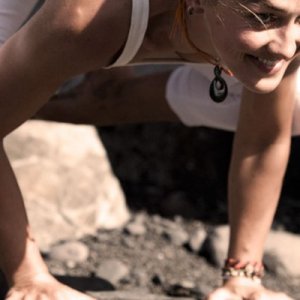 Yoga Lanzarote is a plan that has the scope not only to diffuse the practice of the yoga, but also to carry a bit of spiritual philosophy from India and some of that wisdom mixed to compassion that learned from the Buddhist monks.

She was born in Milan in 1978 and began practicing Yoga during the year of her degree in Engineering in 2003. From that moment she began her dedication to the oriental discipline, which led her to travel numerous times in Asia, especially in India where she decided to living in an ashram for several months and where the Yoga Teacher Training Course ends, thus obtaining the certification at the International Yoga Alliance.

The concept of compassion meant as desire of the good towards every human being wants to be the main objective, through which we think can be created a better society, in which the man can live in harmony with himself and consequently with people around him, thus developing a “cosmic positive energy”.